Functional testing is a type of software testing where the basic functionalities of an application are tested against a predetermined set of specifications. Using Black Box Testing techniques, functional tests measure whether a given input returns the desired output, regardless of any other details. Results are binary: tests pass or fail.

Why is Functional Testing Important?

Functional testing is important because without it, you may not accurately understand whether your application functions as intended. An application may pass non-functional tests and otherwise perform well, but if it doesn’t deliver the key expected outputs to the end-user, the application cannot be considered working.

What is the Difference between Functional and Non-Functional Testing?

There are many types of functional tests that you may want to complete as you test your application.

A few of the most common include:

Unit testing breaks down the desired outcome into individual units, allowing you to test whether a small number of inputs (sometimes just one) produce the desired output. Unit tests tend to be among the smallest tests to write and execute quickly, as each is designed to cover only a single section of code (a function, method, object, etc.) and verify its functionality.

Smoke testing is done to verify that the most critical parts of the application work as intended. It’s a first pass through the testing process, and is not intended to be exhaustive. Smoke tests ensure that the application is operational on a basic level. If it’s not, there’s no need to progress to more detailed testing, and the application can go right back to the development team for review.

Sanity testing is in some ways a cousin to smoke testing, as it is also intended to verify basic functionality and potentially avoid detailed testing of broken software. The difference is that sanity tests are done later in the process in order to test whether a new code change has had the desired effect. It is a “sanity check” on a specific change to determine if the new code roughly performs as expected.

Integration testing determines whether combinations of individual software modules function properly together. Individual modules may already have passed independent tests, but when they are dependent on other modules to operate successfully, this kind of testing is necessary to ensure that all parts work together as expected.

Regression testing makes sure that the addition of new code does not break existing functionalities. In other words, did your new code cause the quality of your application to “regress” or go backwards? Regression tests target the changes that were made and ensure the whole application continues to remain stable and function as expected.

Usability testing involves exposing your application to a limited group of real users in a production environment. The feedback from these live users – who have no prior experience with the application and may discover critical bugs that were unknown to internal teams – is used to make further changes to the application before a full launch.

UI/UX testing evaluates the graphical user interface of the application. The performance of UI components such as menus, buttons, text fields and more are verified to ensure that the user experience is ideal for the application’s users. UI/UX testing is also known as visual testing and can be manual or automated.

How to Perform Functional Testing

The essence of a functional test involves three steps:

Essentially, when you executed a task with input (e.g.: enter an email address into a text field and click submit), did your application generate the expected output (e.g.: user is subscribed and thank you page is displayed)?

We can understand this further with a quick example.

Let’s begin with a straightforward application: a calculator.

To create a set of functional tests, you would need to:

There are many functional testing techniques you might use to design a test suite for this:

Manual functional testing requires a developer or test engineer to design, create and execute every test by hand. It is flexible and can be powerful with the right team. However, as software grows in complexity and release windows get shorter, a purely manual testing strategy will face challenges keeping up a large degree of test coverage.

Automated functional testing automates many parts of the testing process, allowing tests to run continuously without human interaction – and with less chance for human error. Tests must still be designed and have their results evaluated by humans, but recent improvements in AI mean that with the right tool an increasing share of the load can be handled autonomously.

How to Use Automated Visual Testing for Functional Tests

Visual testing allows you to test for visual bugs, which are otherwise extremely challenging to uncover with traditional functional testing tools. For example, if an unrelated change caused a “submit” button to be shifted to the far right of a page and it could no longer be clicked by the user, but it was still technically on the page and using the correct identifier, it would pass a traditional functional test. Visual testing would catch this bug and ensure functionality is not broken by a visual regression.

How to Choose an Automated Testing Tool?

Here are a few key considerations to keep in mind when choosing an automated testing tool:

Automated testing tools can be paid or open source. Some popular open source tools include Selenium for web testing and Appium for mobile testing.

Applitools has pioneered the best Visual AI in the industry, and it’s able to automatically detect visual and functional bugs just as a human would. Our Visual AI has been trained on billions of images with 99.9999% accuracy and includes advanced features to reduce test flakiness and save time, even across the most complicated test suites.

You can find out more about the power of Visual AI through our free report on the Impact of Visual AI on Test Automation. Check out the entire Applitools platform and sign up for your own free account today.

Looking to learn more about Functional Testing? Check out the resources below to find out more. 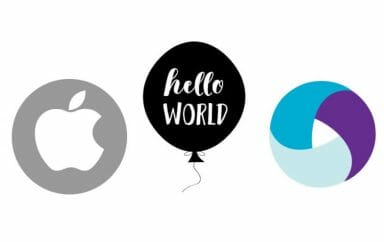 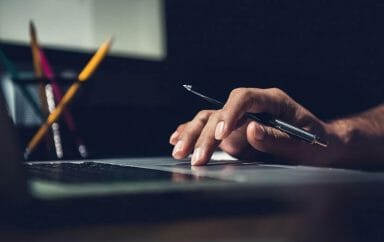 Learn how to choose a new test automation tool and the top considerations you need to keep in mind.