Asking “what’s the best test framework?” is a sure way to get into a heated debate. Everyone has their favorite automation tool and wants to let the world know that it’s the best!

Instead of giving you yet another opinion on the matter, I am going to provide the statistics, because after all, numbers don’t lie.

Many companies are using Applitools for the functional and visual testing of their web and mobile applications. With millions of tests running in our cloud every week, we’ve analyzed how widely used the most-talked about automation testing tools really are.

According to our data, only slightly. However, make no mistake, Selenium Webdriver is by far, still the most widely used web automation tool with 75% of our users executing their tests with this framework.

Besides being the tried and true web automation framework for over a decade, Selenium WebDriver also supports all major browsers (Chrome, IE, Edge, Firefox, and Safari) and boasts support for Java, Python, C#, Ruby, JavaScript, and Kotlin whereas most other web automation tools only provide support for a limited number of browsers and a single programming language.

Given this, it’s expected that Selenium WebDriver will generally have more users, as it has a much larger target audience.

So to be fair, let’s look at the JavaScript usage, since most of the newer web automation frameworks are for that demographic.

If we only look at the JavaScript world, we see a much different story.

Leading the pack is relative newcomer, Cypress, with just shy of half (47%) of our JavaScript users choosing this tool for their web testing. This is quite impressive, considering up until a couple of months ago (February 2020), Cypress’ browser support was limited to Chrome only. 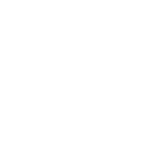 WebdriverIO, which is an independent JavaScript implementation of the WebDriver API, comes in second place with 25% of our JS users choosing this framework for their test automation needs.

Selenium WebDriver’s official JavaScript implementation, WebdriverJS, is close behind with 23% of JavaScript tests being executed with this tool.

After the Big Three of JavaScript web automation tools, comes newcomer, TestCafe, with 5%.

The youngest web automation framework in the race is Playwright by Microsoft. Playwright has only been available for a few months (May 2020) but we’re beginning to see usage. This is definitely one to keep your eye on.

While Puppeteer is not on our list, we do realize that teams use this framework for their automation needs. However, from our observation, many are utilizing this for automating browsers (i.e. generating PDFs, crawling sites, etc) as opposed to test automation.

So, what’s the most popular test automation tool for web testing?

To hear more about the state of web automation tools, their similarities and differences, join the Future of Testing 2020 virtual event on September 17, where a panel of experts from Selenium, Cypress, Playwright, and Applitools will discuss the future of test frameworks.

Applitools works with all popular test automation frameworks. We allow you to add accurate visual validation to your existing automated tests with ease. Check out some of these Applitools tutorials.

Everything You Need to Know About Integrating Applitools with GitHub

I have been testing Analytics for the past 10+ years. In the initial days, it was very painful and error-prone, as I was doing this manually. Over the years, as…

(Editor’s Note: This post has been recently updated for accuracy and completeness. It was originally published in June 2020 by Manoj Kumar.)  There are a lot of cool and new…

This post talks about an approach to Functional (end-to-end) Test Automation that works for a product available on multiple platforms.  It shares details on the thought process & criteria involved…