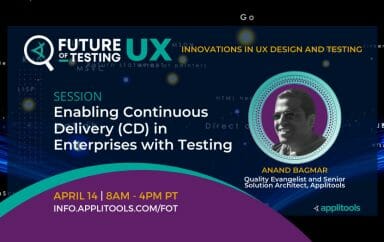 Learn more about how to implement continuous delivery with testing, including case studies, models, and challenges that...
April 19, 2022

Join Applitools to learn about the latest innovations being introduced to the Ultrafast Test Cloud. You’ll hear...
April 19, 2022 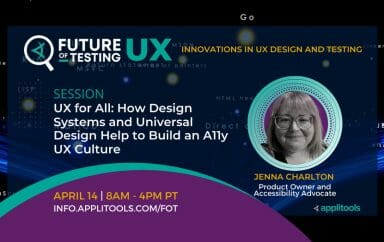 UX for All: How Design Systems and Universal Design Help to Build an A11y UX Culture

Learn how to create a system and repository that becomes the organization’s shared design vocabulary.
April 19, 2022 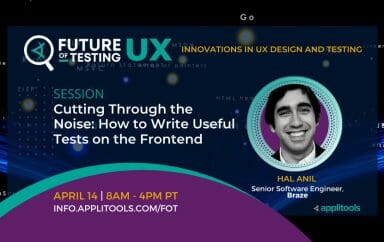 Cutting Through the Noise: How to Write Useful Tests on the Frontend

Explore how Braze tackles challenges when writing tests for frontend applications and how their testing strategies have...
April 19, 2022