Many years ago, I heard a senior executive at one of my companies make a statement that changed the way I would think about things for a long time.  The statement was so common sense that I wish I had thought about it on my own. He said that regardless of the benefits of being an executive, regardless of the financial freedom he had experienced, the most important thing that becoming an executive gave him was TIME.

He stated that years earlier he would put a lot of hours into his work, only to find that when he left work, he had so many things to take care of: yard work, maintenance around the house, vehicle maintenance, remodeling and repairs, cleaning, and keeping things up to date.

The reason he said this was that he felt this took him away from the small amount of time he had after work to spend on things he REALLY wanted to do:  time with family and children, exercising, playing golf or other sports, simply relaxing, watching a movie, or going out for dinner.

I realized that you don’t have to become an executive to do such things.  It’s true that you may have to look at your monthly budget and determine which things you might have to reduce, but at the end of the day, anyone can afford to start paying for services that will allow them to focus on other things.  And I began doing the same.  After a year of having someone else take care of my lawn and landscaping, I realized the freedom of being able to do other things in life.

Why am I sharing this information with you?  While this story could challenge you to start thinking about how you could begin maximizing your time to do the things you REALLY want to do, I wanted to challenge the testing community to think about automated visual testing.

The world is changing faster than we can keep up.  Everyone has been saying this for years.  But we are seeing so many new advances coming into focus.  Yes, agile has been around for decades, but if you’re like me, you have seen many organizations just now getting started.  Teams are looking at DevOps to supplement their software development lifecycle.  And with the increase of the devices, new technology, and innovations around the internet of things, one thing is for sure… the time we are allowed to test the product before production is diminishing.

There are many approaches to increasing the effectiveness of testing, while providing a reduced and simplified schedule.  We have seen risk based approaches become important to teams.  We have studied and observed practices in context driven testing which allow us to focus on what is important, understand the system, and construct solid observations on the quality of the product being delivered.  We have seen agile testing practices rise up, and we have seen development and testing teams work more closer than ever through the years.

As we build more complex systems, applications, and webpages, we have to understand the following statement:

Not every website can be as simple as Google. 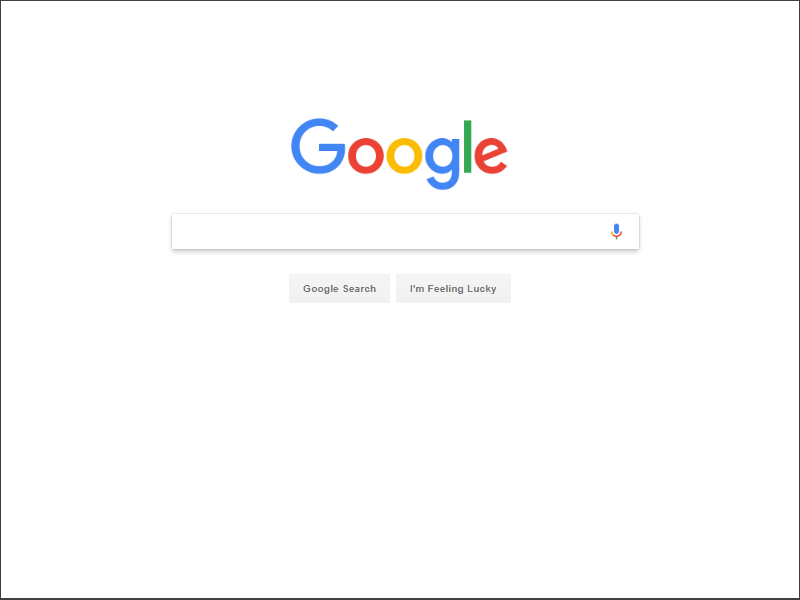 The simplicity of one of the most powerful and widely used webpages in history is not something that organizations can live with. And as webpages become more complex, we have to consider the following statistics:

As our applications become more complex, and the number of screens, functions, and integrations continue to increase, we must look for more efficient ways to test, and, as my executive leader stated years ago, “free up time to focus on what is important”.

We have three choices to reduce the time needed to include both the functionality / integration testing and the visual UI design testing:

When TIME is a factor, OPTION 3 is always the choice of champions.  Having an automated visual testing tool can save the tedious task of scanning, evaluating, and documenting the clarity and accuracy of thousands of fields and screens for differences.

As with our personal lives, once there is support for the things you do not have to do MANUALLY yourself, the quality of your life (either work or business) will improve. If you do not have a visual testing tool supporting your website and/or applications, I strongly suggest you to evaluate the possibilities of improving your accuracy and company success with the consideration and investment in a tool.

Mike Lyles is a QA Director with over 20 years of IT experience in multiple organizations, including Fortune-50 companies. He has exposure in various IT leadership roles: software development, program management office, and software testing. He has led various teams within testing organizations: functional testing, test environments, software configuration management, test data management, performance testing, test automation, and service virtualization. Mike has been successful in career development, team building, coaching, and mentoring of IT & QA professionals.
Mike has been an international keynote speaker at multiple conferences and events, and is regularly published in testing publications and magazines. Mike’s passion to help others improve and grow, in the field of testing, leadership, and management, is his key motivation. His first published book on leadership will be released early next year.